Showing posts from December, 2015
Show all

December 19, 2015
The Motown East Zone has openings for 2 part time warehouse positions out of our Sterling Heights facility.  The online applicant system will be turned on at 7:00 AM Monday, December 21, 2015 and will close once we have 30 applicants.   All applicants must apply on line at www.fritolayemployment.com.  Advise your client group to enter zip code 48313 to access available positions, following the prompts.  Individuals who wish to request a reasonable accommodation will find a link, as well as a phone number on the fritolayemployment website. Further information, job descriptions and process are detailed on the website.

Our values stand the test of time

View as a Web page

Before televisions and central air conditioning ushered people inside after dinner each evening, the front porch was a beloved gathering place for families and friends. Children played in the yard. Adults discussed the day's events. Stories, jokes and opinions were freely exchanged. Neighbors stopped to chat for hours before retiring to their homes for the night.

It was a different time.

That's quite a contrast to today when a text message or Facebook update is quickly sent before moving on to the next urgent matter.

Today's technology has many advantages over the days of old, but sometimes it actually creates a communication disconnect. Like many people, I would not want to surrender my cell phone. However, no matter how reliant we have become on instant communication, there's still a vital…
Post a Comment
Read more

Detroit, December 17, 2015 -- A new Freedom Center Military Lounge, located adjacent to Gate D-17 in the Detroit Metropolitan Airport's North Terminal, officially opened today for the benefit of travelling members of the military, their families and veterans.  The lounge was made possible by a generous $100,000 grant from The Masco Foundation, combined with the continued financial support of corporations, including Meritor, Delta Air Lines and many other area companies.
"Since we envisioned establishing a permanent, world-class military lounge in this great airport, we have been blessed with outstanding support of area corporations, a wonderful team of volunteers and support of many, many citizens of the area," said…
Post a Comment
Read more

December 18, 2015
Listed below are the events I have for the next 14+ days here in the Metro Detroit area, of which there are just a few! Things are slowing down a bit since this event listing which has 4 new items! You can also go to the Legion 328 website to download any flyer for these future events at  http://www.legionpost328.org/events.html
You can get a monthly view of events by going to:
http://www.michiganveteranresources.com/Events.aspx

#ArmyNavy - Inventor of the Football Helmet was a USNA Midshipman 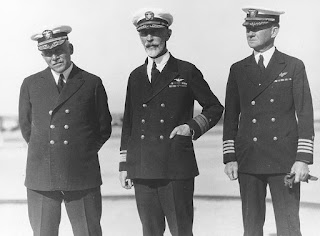 As the Army-Navy Game approaches you may find interesting this bit of football history...
Joseph Mason "Bull" Reeves (1872 – 1948) was known as the "Father of Carrier Aviation" for his role in integrating aircraft carriers into the Fleet as a major part of the Navy's attack capabilities.  Reeves retired in December 1946 with the rank of admiral.
Reeves was born on November 20, 1872 in Tampico, Illinois.  He received an appointment in 1890 to attend the Naval Academy, where he became a football hero.  In addition to his on-field heroics, he is credited with the invention of the modern football helmet, which he had a shoemaker create for him after he was told by a Navy doctor that a kick to his head could result in "instant insanity" or death.  Reeves graduated from the Academy in 1894.
After the start of the 20th Century, Reeves served in the battleships USS Wisconsin (BB-9) and USS Ohio (BB-12) in addition to tours ashore at Newport, RI and Annapo…
Post a Comment
Read more

#The American Legion Commander: VA “has a long ways to go”

The American Legion
For God and country ? MEDIA & COMMUNICATIONS OFFICE ?P.O. BOX 1055 ?INDIANAPOLIS, IN 46206-1055
?(317) 630-1253? Fax (317) 630-1368 FOR IMMEDIATE RELEASE Commander: VA "has a long ways to go"
WASHINGTON, D.C. (December 11, 2015) – American Legion National Commander Dale Barnett expressed frustration Wednesday after a congressional hearing that addressed accountability issues in the Department of Veterans Affairs in the aftermath of relocation compensation paid to executives implicated in a VA Inspector General's report last month. "Our veterans are looking for accountability at every echelon of the Department of Veterans Affairs," Barnett said after today's hearing. "American taxpayers want to give veterans the best health care possible for veterans.  However, they expect VA to be fully accountable to provide that care without waste, fraud or abuse of government funds.  It appears that VA has a long ways to go before achieving this…
Post a Comment
Read more

December 10, 2015
Listed below are the events I have for the next 14 days here in the Metro Detroit area, of which there are many! Things are slowing down a bit since this event listing which has 5 new items! You can also go to the Legion 328 website to download any flyer for these future events.?? http://www.legionpost328.org/events.html??

You can get a monthly view of events by going to:
http://www.michiganveteranresources.com/Events.aspx

December 10, 2015
ALL VETERANS ALONG WITH A GUEST TO RECEIVE FREE TICKETS WHEN TITANS HOST CENTRAL FLORIDA
DETROIT - Titan Basketball WANTS YOU if you are a veteran on Saturday, December 19, as the high-flying Titans host Central Florida in a 1 pm game at Historic Callahan Hall on the campus of University Of Detroit Mercy.
Officially, it is being called Military Appreciation Day and all veterans with proper ID can purchase tickets in advance or on gameday and receive one free ticket and an additional ticket for a friend or family member. Others in the group will be able to purchase tickets for half price.
Titan Basketball has "joined forces" with the Michigan Veterans Foundation and Executive Director Tyrone Chatman says, "It is an honor to participate in this great event, and we will be bussing in at least one hundred of our finest veterans to enjoy a good ballgame. We are also happy to be providing a colorful honor guard and one of our vets will also be singing the National Anth…
Post a Comment
Read more

December 04, 2015
FOR IMMEDIATE RELEASE American Legion prevails in legal defense of Bladensburg Memorial Cross INDIANAPOLIS (December 3, 2015) -- American Legion National Commander Dale Barnett expressed support for a U.S. District judge's ruling this week that dismissed a lawsuit that sought to remove a cross that overlooks a war memorial monument in Bladensburg, Md.  A plaque at the memorial site explains that the "Memorial Cross [is] Dedicated to the heroes of Prince George's County Maryland who lost their lives in the Great War for the liberty of the world." Judge Deborah K. Chasanow's 36-page opinion cites "the nature, context, and history" of the monument before concluding that "the location [of the cross] among the other monuments of Veterans Memorial Park underscores its secular and commemorative nature. In addition, the Monument has gone unchallenged for decades." "I am delighted that the court recognizes what The American Legion has been saying a…
Post a Comment
Read more
More posts 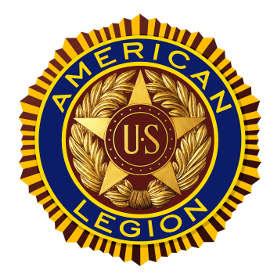